“We get a lot of emails from people who either want to apply for a permit, or they want to conserve and they just don’t know where to start,” said Ross Weaver, program assistant director of Wetlands Watch. “You don’t really know where to start with off with all these different permits, and policies, and regulation—or you don’t necessarily know why wetlands are being threatened. So, we want something that has enough detail to give people a bit of information on where to start.”

Mennen Middlebrooks, a shoreline and policy intern, helped consolidate wetlands information and put it in a user-friendly format through his summer internship at Wetlands Watch, in partnership with Virginia Sea Grant. Middlebrooks created a series of online Story Maps that combine text, photos, and maps to simplify wetlands regulation and permitting. Ultimately, portions of these Story Maps will be used to update the citizen action section of the Wetlands Watch website.

As wetlands vanish, so do the benefits they provide for nearby communities. One of Middlebrooks’ Story Maps will provide an overview of the role wetlands play in storm protection and wildlife habitat, the different types of wetland habitat, and maps indicating where some of the wetlands are in Hampton Roads.

“All we’re seeking to do is state the facts…and the known science behind wetland conservation and shoreline implementation,” Middlebrooks said. “Taking that and making that readily available so it’s not overwhelming, because it can be at times.”

Interactive features—like zooming in to see wetlands at a specific location—can engage the audience by showing them areas of interest, but this type of mapping isn’t simple to put together.

Although assembling these maps can be work-intensive, they’ll allow users to find the stretches of the shoreline and wetlands that are most relevant to them.

“If a homeowner or developer were to kind of zoom in on a certain area, they would be more aware of what’s going on as far as development patterns, the condition of the soil, and of course, wetlands are denoted as well,” Middlebrooks said.

The Story Maps introduce the types of wetlands—and the agencies that regulate them—in a way that’s helpful for homeowners seeking a permit. Since the majority of shoreline in the Chesapeake Bay is privately owned, Middlebrooks made the technical information more understandable and user-friendly through the Story Maps.

“I definitely have learned a lot about wetlands as far as delineation goes, who does that, but also, jurisdictional boundaries of public ownership and regulatory agencies involved with riparian buffer areas and riparian protection areas,” Middlebrooks said. 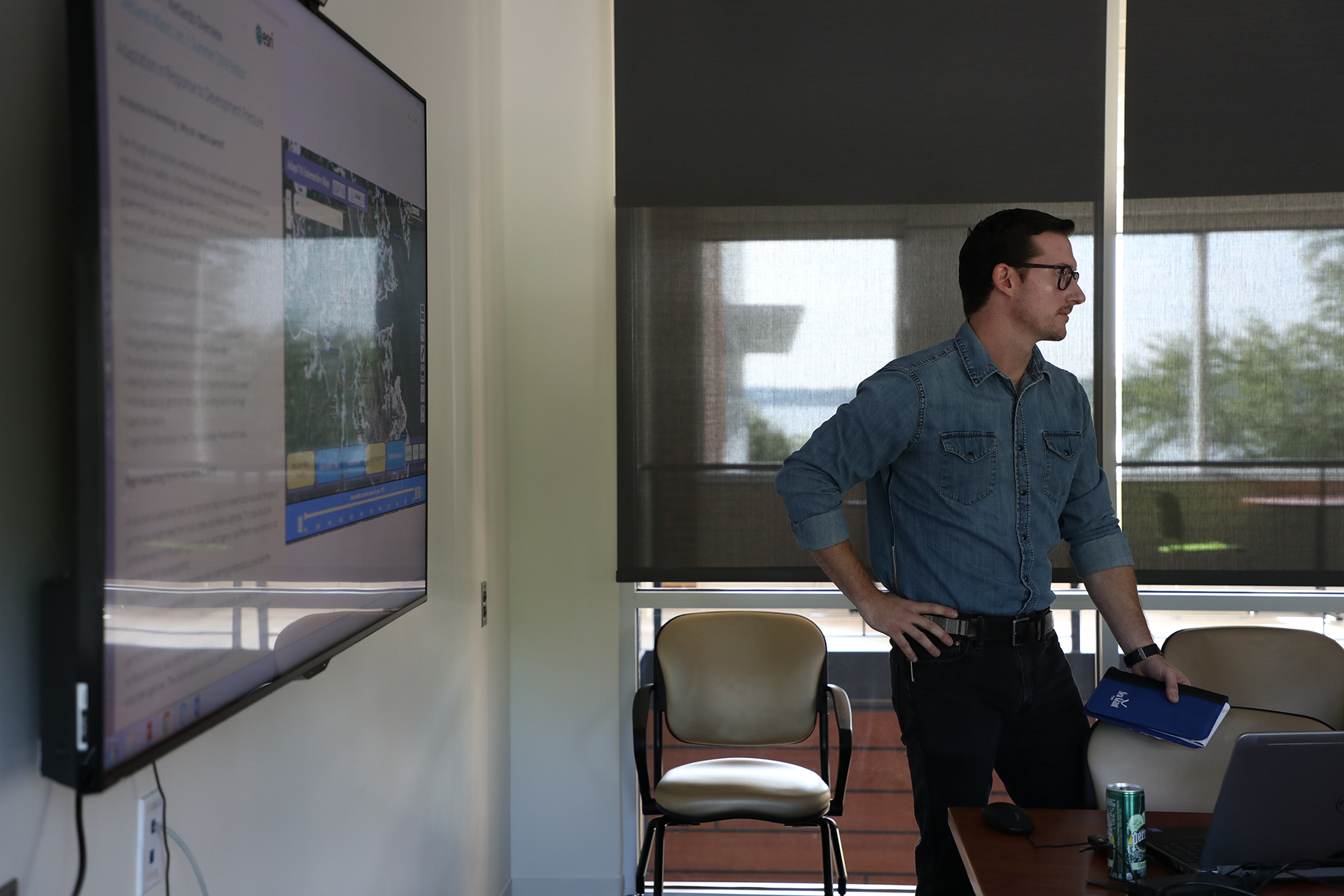 “I’ve gotten a lot of exposure to ideas that I’d either learned at a first pass in graduate school, but then got to see the actual application and implementation in the real world."

For living shoreline projects with wetland features, upkeep is just as important as installation. One of the Story Maps will focus on the Chesapeake Bay Landscape Professional certification program, a two-level certification that equips professionals with the knowledge to implement and maintain nature-based landscaping features.

“I’ve gotten a lot of exposure to ideas that I’d either learned at a first pass in graduate school, but then got to see the actual application and implementation in the real world,” Middlebrooks said of the internship.

The Story Maps he created will consolidate information to update the community action resources—one of the most frequently visited sections on the Wetlands Watch website.

“Trying to make all these regulations and permitting easy and readable for people who don't know anything about wetlands—that's the big challenge,” Weaver said of Middlebrooks’ work. “Content-wise, there's a lot of good information Mennen's given us. We're always trying to combine things into a more comprehensive, one-stop-shop.” 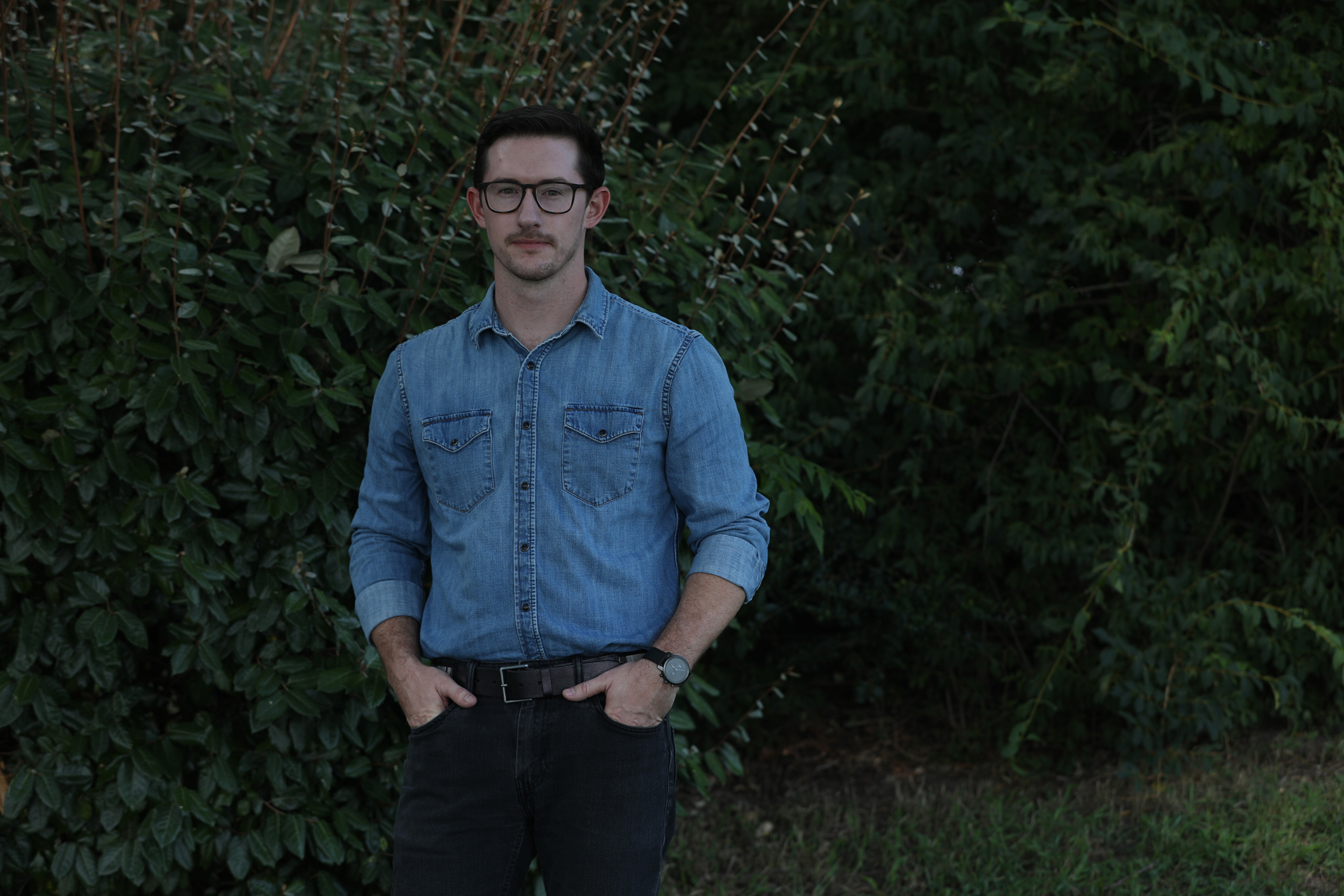 "We get a lot of emails from people who either want to apply for a permit, or they want to conserve and they just don't know where to start."