While Virginia leads the East Coast and Gulf Coast states in acres of aquaculture leases, it ranks second lowest in oyster production per acre. A paper published in the March issue of Frontiers in Marine Science is the first to link social and economic factors with lease productivity.

The study identifies trends between lease productivity and production scale, the average income and population density near leases, leaseholder characteristics, nearness to other leases, and environmental factors. The research was led by Virginia Institute of Marine Science graduate Jennifer Beckensteiner as part of her Ph.D. research and  Virginia Sea Grant Graduate Research Fellowship.

While environmental factors like salinity directly affect oyster growth, social factors can also affect production of oysters on leased grounds. The study, which examined lease productivity from 2006 to 2016, found that non-used leases tended to be smaller in size and located in more populated, high-income areas. Other reasons for non-productive leases were attributed to practices like speculation.

“When a leaseholder has several leases, the ones that are the oldest are usually used,” Beckensteiner said. “But the ones purchased later on tended to not be used. That’s what we think of as a speculative behavior—thinking about future resale of the lease at a profit or thinking about expanding production in the future.”

The researchers examined leases three years or older in their study, since oysters take about two years to grow to a harvestable size. The study focused on commercial leases, and excluded riparian leases, which are for private use by homeowners and smaller than a half-acre in size.

The research also examined whether a lack of available space for additional leases was constraining aquaculture in each major river system. From 2006-2016, the leased area of water bottom for oyster aquaculture has increased by about 70 percent, and the current leased area is at a historic high, according to the paper.

The researchers removed non-usable areas such as public oyster and clamming grounds, shellfish condemnation zones, submerged aquatic vegetation, and areas where low salinity or deep water make oyster aquaculture impractical. Each river system in the paper had expanded lease area over time, but the research indicates that useable lease area remained in most rivers. The researchers then examined correlations between reported harvests from oyster leases and social and economic factors.

As more oyster growers use cages and floats on their oyster leases, cases of user conflict between growers, recreational boaters, and homeowners, have also increased, especially in high-traffic areas. This tolerance for aquaculture—also known as “social carrying capacity—has changed as recreational boating and other uses for the waterways expanded. 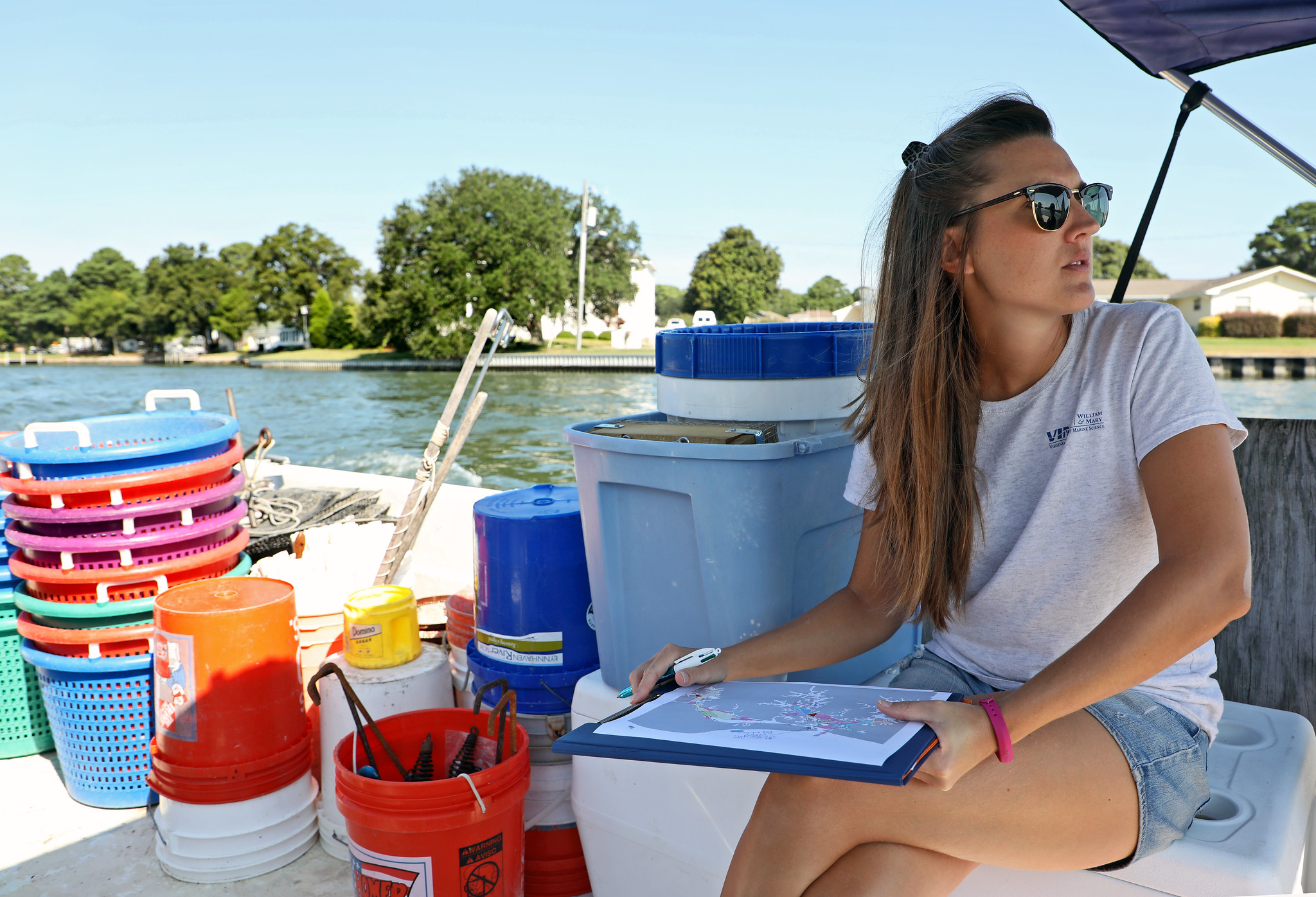 “The social carrying capacity in 2020 is not the same as it was in 1920. People expect to use those waterways for other things,” said Mark Luckenbach, Associate Dean of Research and Advisory Services at the Virginia Institute of Marine Science. “They’re certainly focusing this part of their attention on the social carrying capacity, which is a really important part of marine resource management.”

Luckenbach, a member of the Aquaculture Management Advisory Committee for the Virginia Marine Resources Commission, said the research provides substantive evidence of trends that have been anecdotally discussed by resource managers and others familiar with the aquaculture industry. Last year, legislation passed by Virginia’s General Assembly allowed the VMRC to increase the application fee and renewal fee for leases.

Although Virginia’s aquaculture leases produced nearly 39 million oysters in 2017, Virginia ranks second lowest in productivity because nearly two-thirds of the leases reported no harvest during the 2006-2016 study period. Virginia’s leasing system, one of the oldest in the United States, had more water bottom leased for aquaculture than any other state reported in the study. Recent changes in management will likely result in higher future use of leased areas, according to Ben Stagg, director of shellfish aquaculture leasing and mapping for the VMRC.

“It was interesting to see the use of leases and how much it really has changed, especially in the last 15 years,” Stagg said. “For the amount of leases we have, they’re grossly underutilized. But again, I think it’s because we traditionally have leased such large areas, with very little lease criteria. I think incorporating socioeconomic factors, more than we have in the past, is definitely warranted.”

“This research is an excellent example of how Virginia Sea Grant research fellowships are being used to address real-world issues, in this case, that are at the nexus of natural and social sciences,” Luckenbach said. 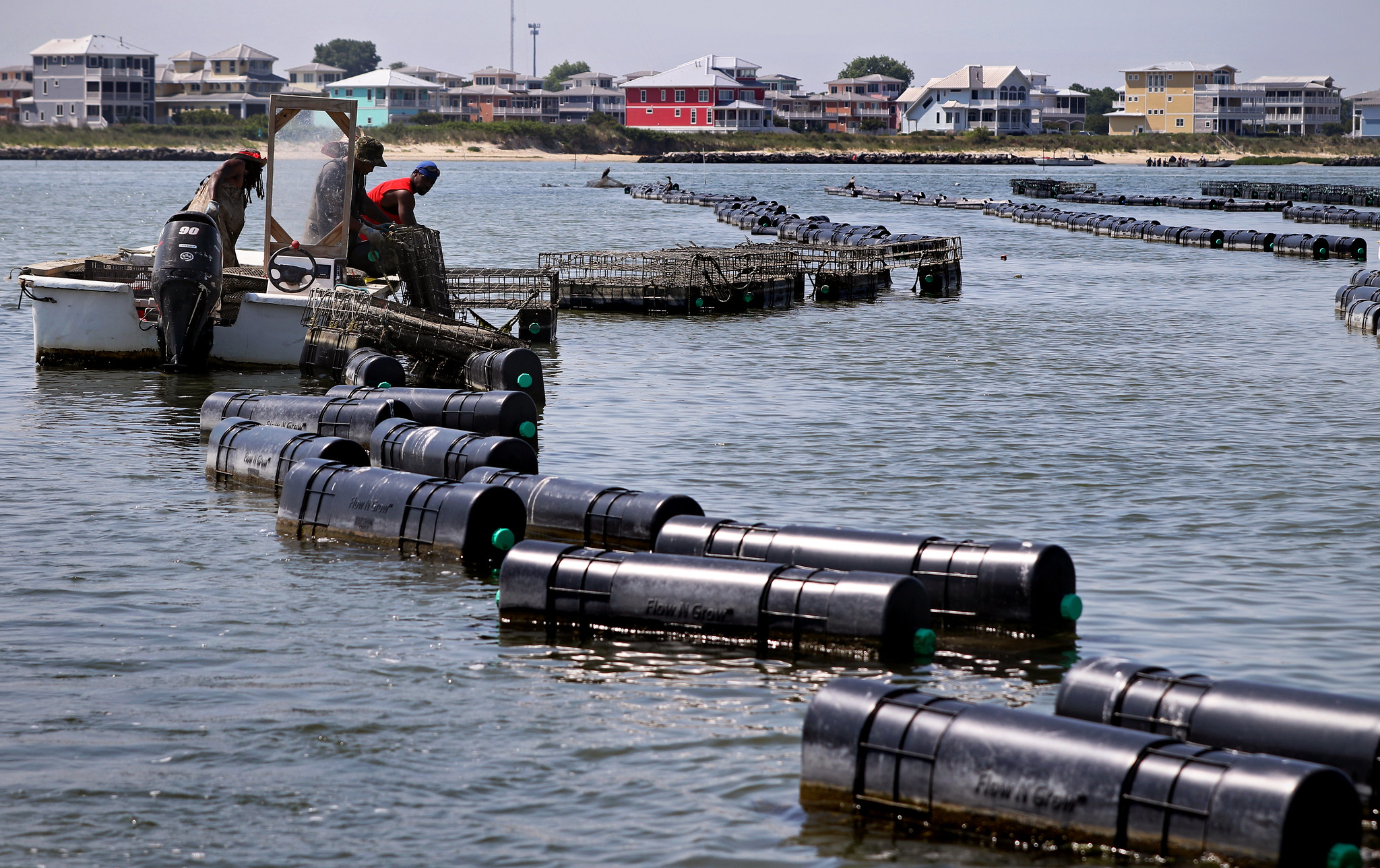