Last year, nearly 100 million carbon credit units were issued by the carbon-offset organization Verra. Each of these units—equivalent to removing a metric ton of carbon dioxide from the atmosphere—is stored instead in conserved forests, restored wetlands, and other environmental projects.

Seagrass meadows, like those in the coastal bays of the Eastern Shore, also trap and remove greenhouse gases from the atmosphere. But no seagrass restoration projects have registered with Verra, even though standards for blue carbon projects were created in 2015, said former Virginia Sea Grant Graduate Research Fellow Matthew Oreska, who studied eelgrass as a Ph.D. student at the University of Virginia.

After measuring the greenhouse gases released from the South Bay eelgrass meadow on Virginia’s Eastern Shore, Oreska found that the estimated carbon emission levels in seagrass beds were slightly higher than expected, although very close to original estimates. This study is the first to verify the overall net carbon captured by eelgrass.

“Thankfully it doesn’t negate the benefit, or really diminish it in a huge way, but the flux was larger than we were expecting, and happened to be larger than the default values,” Oreska said.

The South Bay restoration project, which began in 2001, has expanded to nearly eight square miles as of 2018. As water quality improvements allow seagrass meadows to survive and expand, carbon offset credits from registered projects could provide a funding mechanism for additional restoration work, said Karen McGlathery, lead investigator at the Virginia Coast Reserve Long-Term Ecological Research area, where the study was conducted.

Most carbon credits are generated from projects on private land, but seagrass beds grow on land owned by the Commonwealth of Virginia. In April, Governor Ralph Northam signed legislation authorizing the Department of Environmental Quality to manage the carbon credit funds generated by any future seagrass restoration projects, and use those funds for seagrass research or additional restoration. 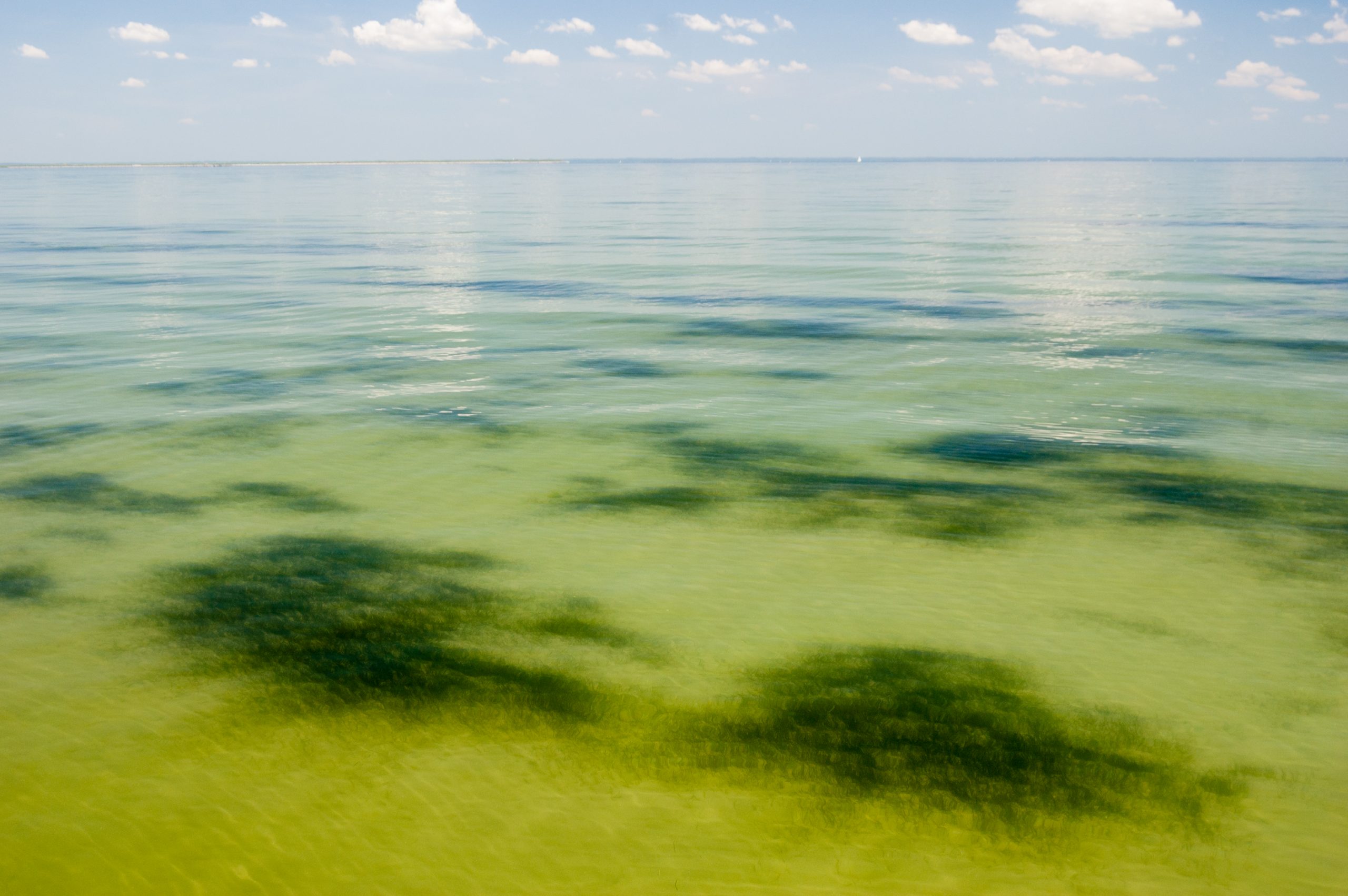 “The big difference is how global warming is impacting eelgrass, and whether we can keep the species around,” said Imani Price

Two law students at the William & Mary Law School investigated the legal authority needed for a state agency to manage carbon credit revenue from restoration projects. As The Nature Conservancy began to advocate for legislation, the two students at the Virginia Coastal Policy Clinic analyzed the legal opportunities and obstacles for blue carbon credits. The students examined Virginia’s constitution and laws, as well as scientific factors that might need to be considered from a legal perspective.

“The big difference is how global warming is impacting eelgrass, and whether we can keep the species around,” said Imani Price, a VCPC alumna who contributed to the whitepapers. “Whereas with forests, marshes, and soil, we know we will have them around.”

After investigating the legal framework needed for the state to participate in a carbon credit program with her fellow VCPC student Michael Jordan, Price also examined additional scenarios that may impact any future blue carbon credits. Together, the research, legislation, and policy analysis pave the way for future seagrass projects to receive funding from carbon offset credits.

“That's big,” McGlathery said. “That's a very actionable outcome of the university research and partnership with the nonprofit TNC, and this international accrediting agency and Sea Grant, and now we have this policy.”

Together, the research, legislation, and policy analysis pave the way for future seagrass projects to receive funding from carbon offset credits.