Elevating homes can keep flood water out, but what about houses that could rise above the flooding—and still return to ground level once the water subsides? One technique called amphibiation allows houses to do just that.

The concept of floating houses fascinated Zane Havens, a Coastal Resilience Postgraduate Fellow, so he focused on this type of structural adaptation during his fellowship at the architecture and engineering firm Clark Nexsen.

“That being said, in areas where the water comes up slowly, but can rise for extended periods of time, it can be very useful,” Havens said.

Elizabeth English, who has studied amphibiation for more than a decade, likens the process to putting the building on top of a floating dock.

“It goes up as high as it needs to go, and stays exactly how high it needs to stay to not have any flood damage inside the building, and then comes right back down to its original location when water recedes,” said English, director of the Buoyant Foundation Project.

Amphibious foundations have been used in parts of rural Louisiana, where the Mississippi River floods every spring, for about four decades, English said. Havens’ fellowship allowed him to discuss the technique with professional experts like English and visit potential sites for amphibiation in Virginia and North Carolina.

One such site was the historic Mount Zion Primitive Baptist Church in Princeville, North Carolina, established in 1876. Mount Zion’s pews were filled on the second Sunday of the month for services, and the church association would hold baptisms, community events, and quarterly meetings there. But after repeated flooding from hurricanes, the church’s red carpeting and wooden pews had to be gutted from water damage.

“Matthew just tore things up, and we never had any services after that,” Association Clerk Janice Bullock said. “Most of the people that grew up around here know of this church, or at one time had family members attending. They were raised in the church. It’s definitely a beacon for the community.” 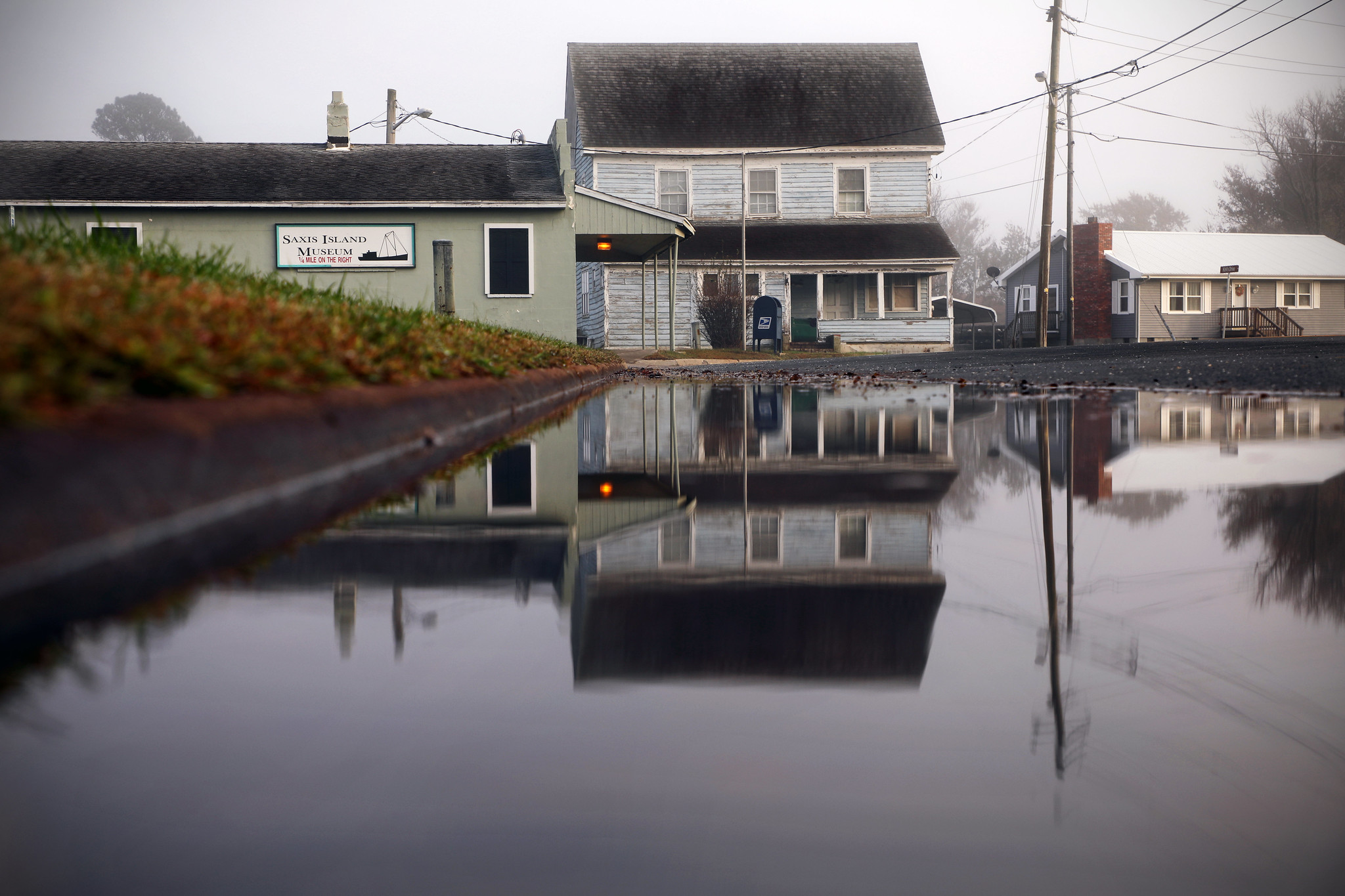 “It goes up as high as it needs to go, and then comes right back down to its original location when water recedes," English said.

Now, the church association is looking into amphibiation to preserve the historic building. According to Havens, Mount Zion checks many of the boxes that make it a good candidate for amphibiation: it’s made of lightweight wood, guidance poles could easily be added into the structure, and the crawl space underneath the church would make it easy to add buoyancy blocks to the cement foundation.

“It gives the members hope to know there’s a possibility that this church can be restored,” Bullock said.

During his research into amphibiation, Havens found examples of amphibiated waterside restaurants that were able to reopen quickly after flooding during peak tourism season. This is one of the benefits to amphibiated structures—they’re able to operate immediately after floodwaters subside. Buildings like Mount Zion Church can then serve as a refuge for flooded-out communities, Haven said.

Amphibiated structures also provide an option for waterfront businesses like marinas. In the town of Onancock on Virginia’s Eastern Shore, the marina’s harbormaster building and parking lot frequently floods during nor’easters and hurricanes. The town explored amphibiation as an option to help make its marina more resilient.

Nearly 100 years ago, Onancock was a hub for steamships bringing commodities in and out the area. Now, Onancock caters to transient and local boaters, taking advantage of the ferry, nearby park, and local restaurants.

Just as the town has adapted to serve the different types of boating traffic, Onancock resident T. Lee Byrd, has overseen changes to make the marina more resilient to flooding. The town has taken steps to invest in their marina, including the harbormaster’s facility that holds amenities like the laundry and shower rooms.

Amphibiating structures like the marina’s building facilities would allow the building to resume operations as soon as floodwaters subside and boaters can access the marina.

“We will have water coming up through our drains, coming through that catch basin, and it looks like the fountain of youth,” Byrd said of the marina parking lot. “I've seen it in my life, probably past my knees in the middle of this parking lot. We've been out here and rescued benches and seats and people in cars.”

During Havens’ fellowship, he was able to speak with residents like Byrd and the engineers who offer them assistance. He also gained perspective on the policies that influence how structures are designed—from local building codes to federal policy at FEMA.

As he returns to his Ph.D. program in environmental sciences at the University of Virginia, Havens said the fellowship has given him a design-based perspective on coastal environments.

“I've been thrown into a world that I've never experienced before of architecture and engineering,” Havens said. “I feel like I've completely opened a new door… it helps me expand my knowledge-base back in my home subject of environmental science and look at it from a different perspective.” 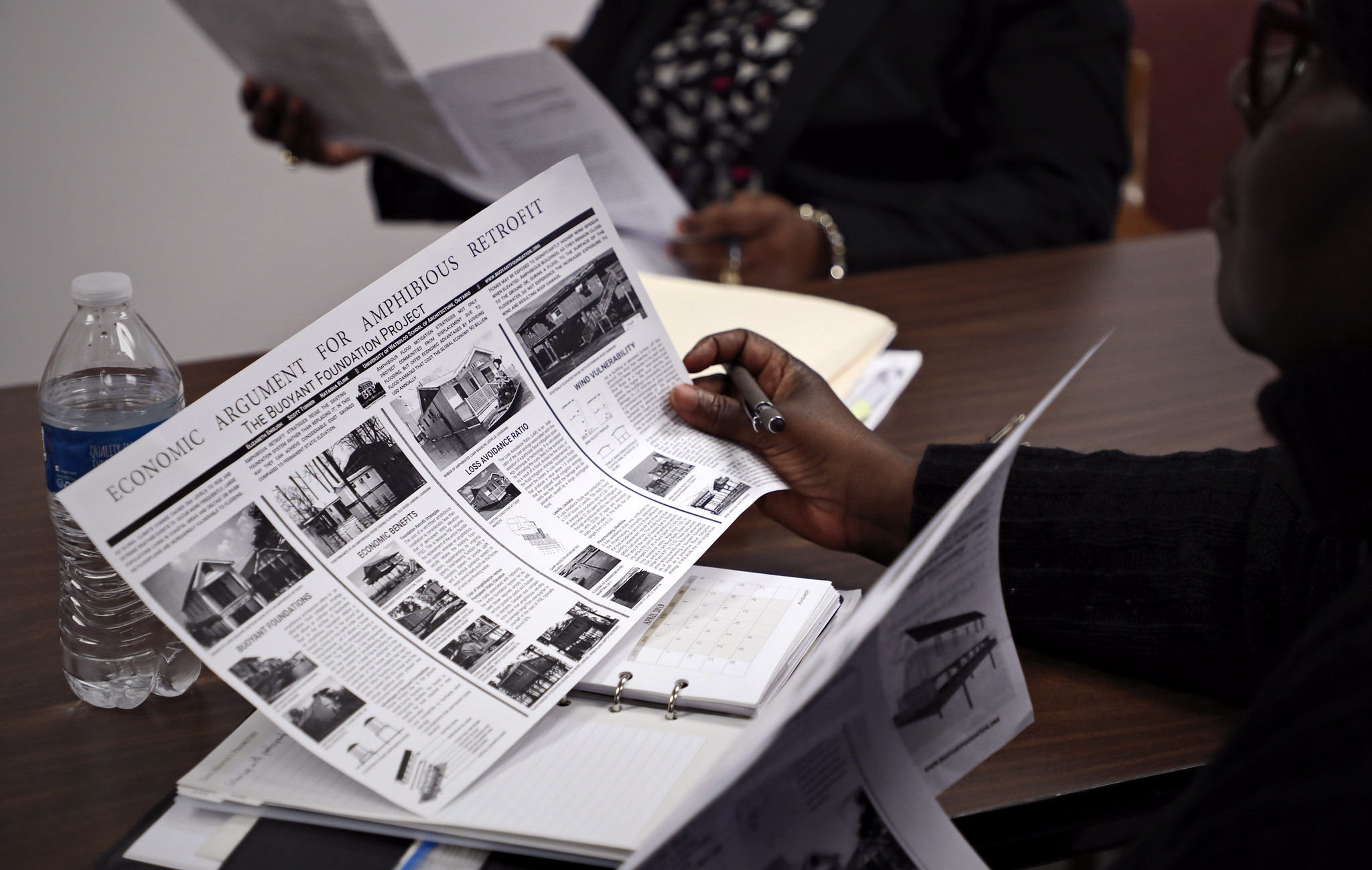 “I've been thrown into a world that I've never experienced before of architecture and engineering,” Havens said. “I feel like I've completely opened a new door."