Above: 2018 Sea Grant Knauss Fellow William Goldsmith tags a bluefin tuna while conducting his research on a boat near Cape Cod.

Willy Goldsmith is a Virginia Sea Grant Knauss Fellow in the legislative branch, working in the office of Senator Ed Markey (D-MA). He graduated from Harvard University in 2010 with a B.A. in History and a Secondary Field in Organismic and Evolutionary Biology. In January 2018, Willy defended his Ph.D. in Marine Science at the Virginia Institute of Marine Science, College of William & Mary, where his research examined the biological impacts and human dimensions of the recreational Atlantic bluefin tuna along the U.S. east coast. He shares with us a few of his fellowship experiences.

The last two weeks of January 2018 were a shocking transition in every possible way. On January 19, I was celebrating the completion of my Ph.D., which ventured deep into the complexities of the Atlantic bluefin tuna fishery and its management. The week after that, I left my home of four and a half years, the quiet town of Williamsburg, Virginia for a rowhouse in the heart of DC, a short walk from Capitol Hill. I found my standard-issue grad school uniform of flannel, jeans, and boat shoes supplanted with decidedly more decorous dress shirts, dark suits, and wingtips. The transformation was complete when, within a few short days of starting in Senator Ed Markey’s office, I found myself in the thick of things—writing memos, briefing the Senator on legislation, and coordinating efforts with the rest of the five-person Energy and Environment team, affectionately referred to as the “E&E Pod.”

But I suppose such a shock to the system is exactly the point of the Sea Grant Knauss Fellowship, which puts recent postgraduates in marine science, law, or public policy in an office in the legislative or executive branch of the federal government to work on marine policy issues. After having spent my doctoral time exploring the intricacies of domestic fishery regulations, I was eager to explore policy at the formulation, rather than implementation, level, which made working on Capitol Hill the ideal choice. After a grueling Placement Week in November 2018, during which I interviewed with 20 Congressional offices in three whirlwind days, I was thrilled to land a position in the office of Senator Markey—from my native state of Massachusetts.

As the Sea Grant fellow for Senator Markey, I have the opportunity to work on any subject that directly or indirectly touches marine or water policy issues—fisheries, energy, coastal resilience, and so much more. And the array of work is as broad as the subject matter, ranging from drafting remarks for the Senator to assessing the political landscape of an issue to addressing constituent concerns. A major challenge for me has been adjusting to the pace of the Hill—deadlines are no longer on the order of months, weeks, or even days—hours, and in some cases minutes, are the norm. Equally challenging has been the need to quickly become the “go-to” expert on a topic under those tight deadlines, while also recognizing that even with subjects I’m comfortable with—say, fisheries—learning the process of how to convert that knowledge into productive activity on the Hill is a whole ‘nother kettle of fish (pun intended).

While the work and the pace have required a serious recalibration from my previous life as a fisheries graduate student, many continuities have emerged. I’m still the “fish guy,” through and through. My office nickname is “Big Tuna” and disappointing my E&E pod-mates each Monday when I, once again, stroll into the office without the fresh tuna steaks I’d promised from planned weekend fishing trips, has become a comical routine. And perhaps too many of the ties I wear into the office have a distinctively fishy flavor.

The demands and unique challenges of working for Senator Markey have been exceeded only by the sense of fulfillment I get from working on issues I’m passionate about, having the support of a remarkably talented group, and working directly with constituents. Whether by necessity or trust (I like to think the latter!), I’ve been deeply involved, “looped in,” as they say here, in all of the goings on of the E&E Pod, and really enjoy working so closely as part of this team. It’s a privilege to work as a representative of Senator Markey when constituents come all the way from Massachusetts to ask us to advocate on their behalf for a certain issue.

As someone who’s had a lifelong interest in marine policy, the last two and a half months have been a choppy but gratifying ride of a learning experience. Based on what I’ve been a part of so far, I can’t imagine not emerging from the Knauss Fellowship being better equipped to make a more meaningful impact on addressing the nation’s—and the world’s—marine policy challenges.

Of course, I can’t deny that I miss my graduate school fieldwork catching and tagging bluefin tuna out on the Atlantic. However, so far, the river monsters of the Potomac—the blue catfish there can exceed 50 pounds—are keeping me more than occupied. 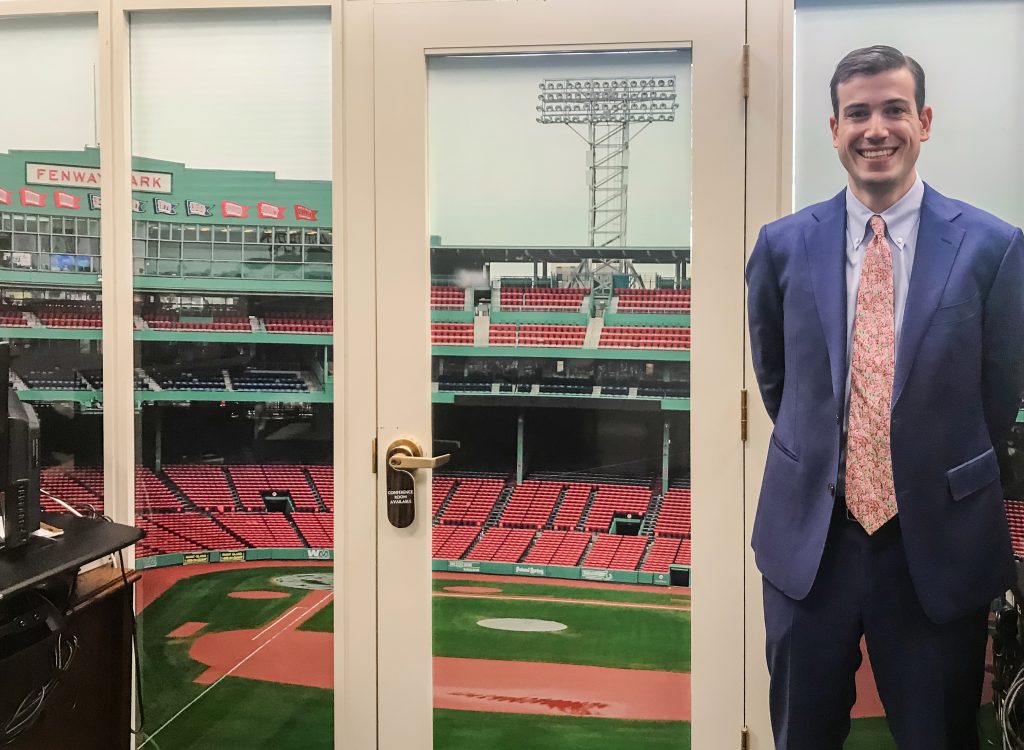