When Knauss Fellow Lindsey Kraatz first got to Washington, D.C, she never planned to stay. Instead, she wanted to become a professor, and saw the Knauss Science Policy Fellowship offered by the National Sea Grant Office as a stepping stone on the path to a university job where she could do what she loved — teaching and research.

“I always like to say I got bitten by the bug of D.C.,” Kraatz said. “I really liked the people I worked with, and I liked being able to convey the importance of science into policy.”

In her Fellowship year working in the office of Congressman Mike Thompson, Kraatz focused on ocean, energy, and fishery issues related to California’s North Coast and the nation. There, she traded the science jargon of her coastal geography Ph.D. program at the Virginia Institute of Marine Science for the language of lawyers and politicians on Capitol Hill — including frequent references to the political TV drama “West Wing.”

“I had never seen an episode of the ‘West Wing’ before, and all the political science people were quoting it left and right,” Kraatz said. “They would say these lines, and that was just their normal rhetoric. I was like, ‘I don’t know what that means. Somebody has to fill me in.’”

Beyond the crash-course in “West Wing” references, Kraatz learned to explain science quickly for policymakers. At scientific conferences, scientists can spend 12 minutes introducing a topic, explaining their methods, and saving the key takeaways until the very end of their presentation. Sharing science on Capitol Hill flips that format on its head — often, Kraatz had only a single page’s worth of space to summarize a major issue and suggest recommendations.

“It was a little bit of a culture shock,” she said. “It’s sort of like doing the conclusion slide of your presentation every day, and giving the bottom line up front. It was really interesting to talk about science to people that have the capability to make change, but may not be an expert on a subject. You get to help them through the process.”

She found that she loved the fast-paced environment and the opportunity to learn about new topics each day, and decided to remain on Capitol Hill working in another congressional office after her fellowship ended. She eventually transitioned from her roles sharing science on the Hill and joined NOAA Fisheries as a program coordination officer, sharing research with high-level administrators, and coordinating meetings to help accomplish agency goals.

“Most of my NOAA positions have been at the headquarters level, so you get to see a lot of things and learn something new each day,” Kraatz said. 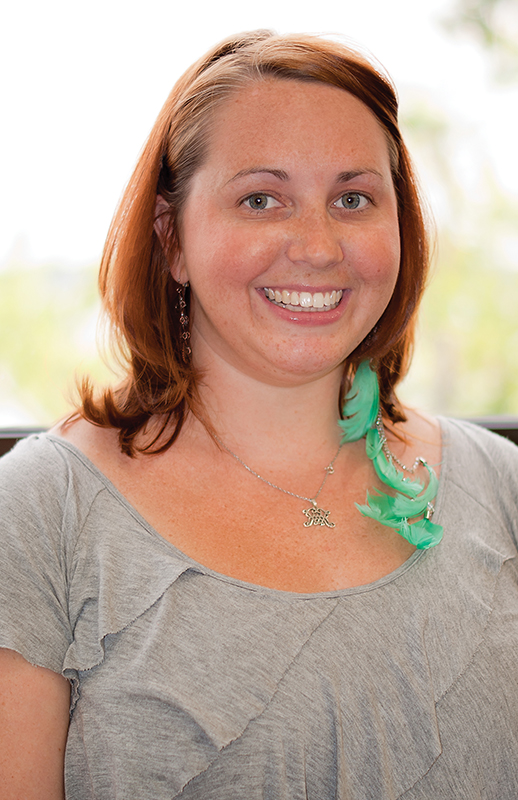 “It was really interesting to talk about science to people that have the capability to make change, but may not be an expert on a subject,” Kraatz said.

At the start of the fellowship, Kraatz hoped to gain a better understanding of how policy influenced science before returning to research of her own in a lab. Now, her work supports countless research projects within NOAA Fisheries. 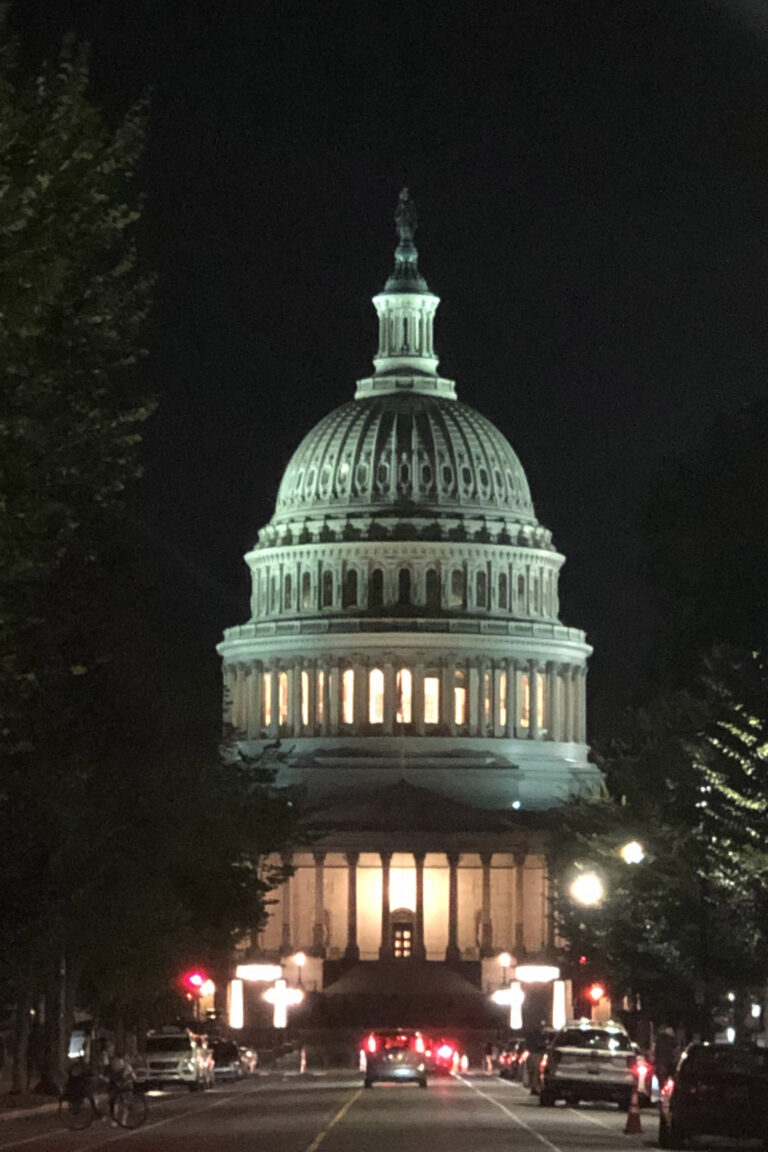 Her Knauss Fellowship may have ended 10 years ago, but the support she received from the Knauss alumni network didn’t stop. Offers to grab coffee, pearls of advice, and informational interviews helped Kraatz sort through the maze of job searching in the Capitol, where dozens of applicants are competing for a single position.

Now, in her current role as the senior advisor to the NOAA Fisheries Chief Scientist, Kraatz works with many fellow Knauss alumni. She has been able to pay forward the professional support by offering advice to current graduate students, job shadowing, and through opportunities like the science policy field trips hosted by VIMS and Virginia Sea Grant. She said she enjoys the opportunity to give graduate students a glimpse into the world of science policy she first discovered as a Knauss Fellow.

“I think these field trips are great, because you really get exposed to what’s out there,” Kraatz said. “Sea Grant and the Knauss Fellowship really gives you this vast awareness. There are so many different avenues to do marine science, and it’s pretty exciting.”

Kraatz was recently reminded of her time as a Knauss Fellow on the Hill through a Facebook memory — a flashback of a time when a congressional representative spoke on the House Floor about an amendment Kraatz wrote. At the start of the fellowship, Kraatz had hoped to gain a better understanding of how policy influenced science before returning to research of her own in a lab. Now, her work supports countless research projects within NOAA Fisheries.

“Sea Grant and the Knauss Fellowship really gives you this vast awareness. There are so many different avenues to do marine science, and it’s pretty exciting,” Kraatz said. 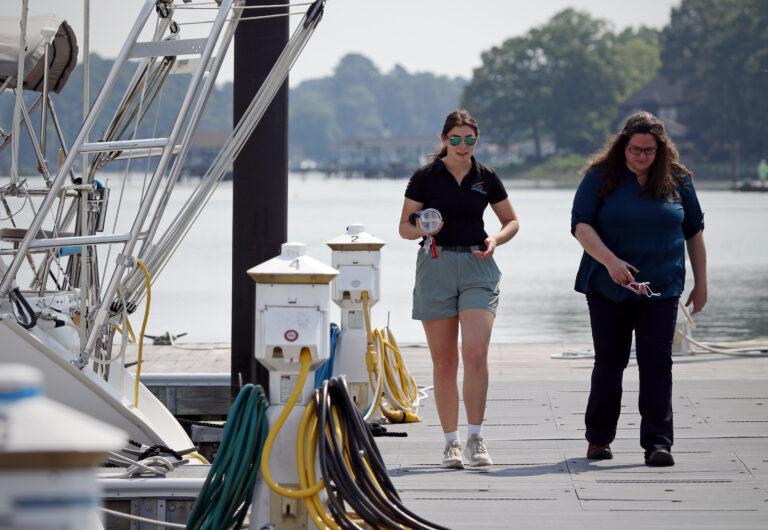