Catch, tag, record, and release—that’s what the volunteer anglers of the Virginia Game Fish Tagging Program have been doing for 25 years. This year, 11 new anglers joined the program of roughly 200 volunteer taggers who keep track of popular recreational species in Virginia’s waters.

“Anglers tag and release the fish, and the data are reported to managers,” said Susanna Musick, a marine recreation specialist with the Virginia Institute of Marine Science Marine Advisory Program. “It goes back into managing the fish, so it goes full circle.”

The number of each fish species tagged during the year varies based on what’s available in Virginia waters and what’s popular to catch. As a result, the data—almost 345,000 tags since the program started—show trends in recreational fishing from the last 25 years. Since about 2010, speckled trout have been the top species tagged, and one year, environmental conditions brought a large class of young red drum, or “puppy drum,” into the Bay in 2012.

“It was really cool to see that reflected in our tagging data,” Musick said. “Everything’s really changed in the last five to six years or so.”

As speckled trout increase in popularity, and less flounder are caught and tagged, the program is also seeing cobia caught more frequently.

When cobia stocks were under review, regional management groups used tagging information from the Virginia Game Fish Tagging Program to help decide that cobia was one stock along the East Coast, not a combined stock with the Gulf of Mexico, said Lewis Gillingham, the Virginia saltwater tournament director for the VMRC.

“We were tagging cobia before cobia fishing really blew up,” Gillingham said. “It’s useful for getting a baseline idea of what these fish do.”

Researchers can combine the local migration information from the tagging program with genetic information from fin clips to get a better understanding of fish populations. Unlike standard research surveys, which use standardized methods to sample at particular locations, the fish tagging program relies on volunteer fishers to tag fish and report recaptures.Some volunteer taggers treat the program like a full-time job, Musick said, while others tag fish here and there.

For data-minded fishers, tagging reports can help them identify where the fish are moving. For conservation-minded fishers, the program is a way for them to give back and help maintain the fishery. 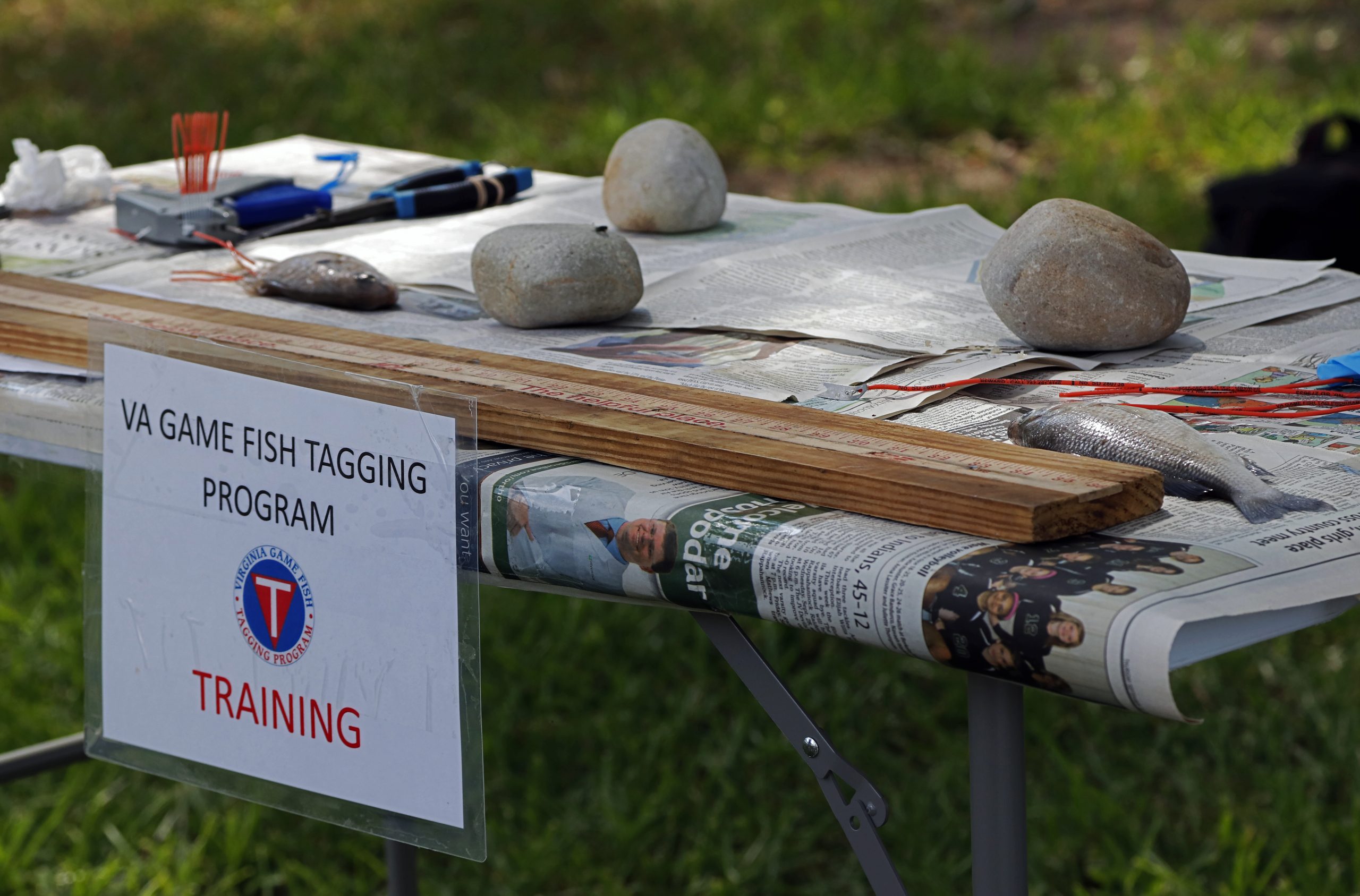 “We’re lucky to have such a dedicated group of people who are willing to devote time and effort to tagging and releasing fish,” Musick said.

“It’s useful for getting a baseline idea of what these fish do," Gillingham said.

VMRC and VIMS MAP staff record the tagging data and verify reported data to ensure high-quality information. The program is one of a few fish tagging programs certified by the Atlantic States Marine Fishery Commission. Meticulous record-keeping and collaboration with the fishing community have distinguished Virginia’s fish tagging program as one of the longest running programs of its kind.

“We’re lucky to have such a dedicated group of people who are willing to devote time and effort to tagging and releasing fish, because it does take time away from their fishing,” Musick said. “I have a lot of respect for everyone who’s willing to do that and for the folks who stick with it.”

To track the fish, volunteers are trained to use two types of tags, depending on the size of the fish. T-bar tags, which Gillingham calls the “workhorse tags,” are used for the majority of fish, have a bright orange wire near the fish’s fins. Often, the people who recapture and report the fish aren’t the same people tagging them, so the program distributes information about the tags and how to report them to at marinas and fishing piers, or in fishing newsletters. So far, the program has recorded just over 35,000 recaptures of tagged fish.

When the fish are recaptured, both the fisher reporting the tags and the initial tagger receive what Musick refers to as the “fish’s story,” a report that includes when and where the fish was first tagged, and any other recaptures. Last summer, a cobia was recaptured nearly 10 years after it was first tagged—a record number of “days at large” for the program.

Since the program began, more than 500 fishers have participated, recording fish from more than 900 locations in Virginia. Although this year’s training was modified due to COVID-19, enthusiasm for the program continues into its 25th year. 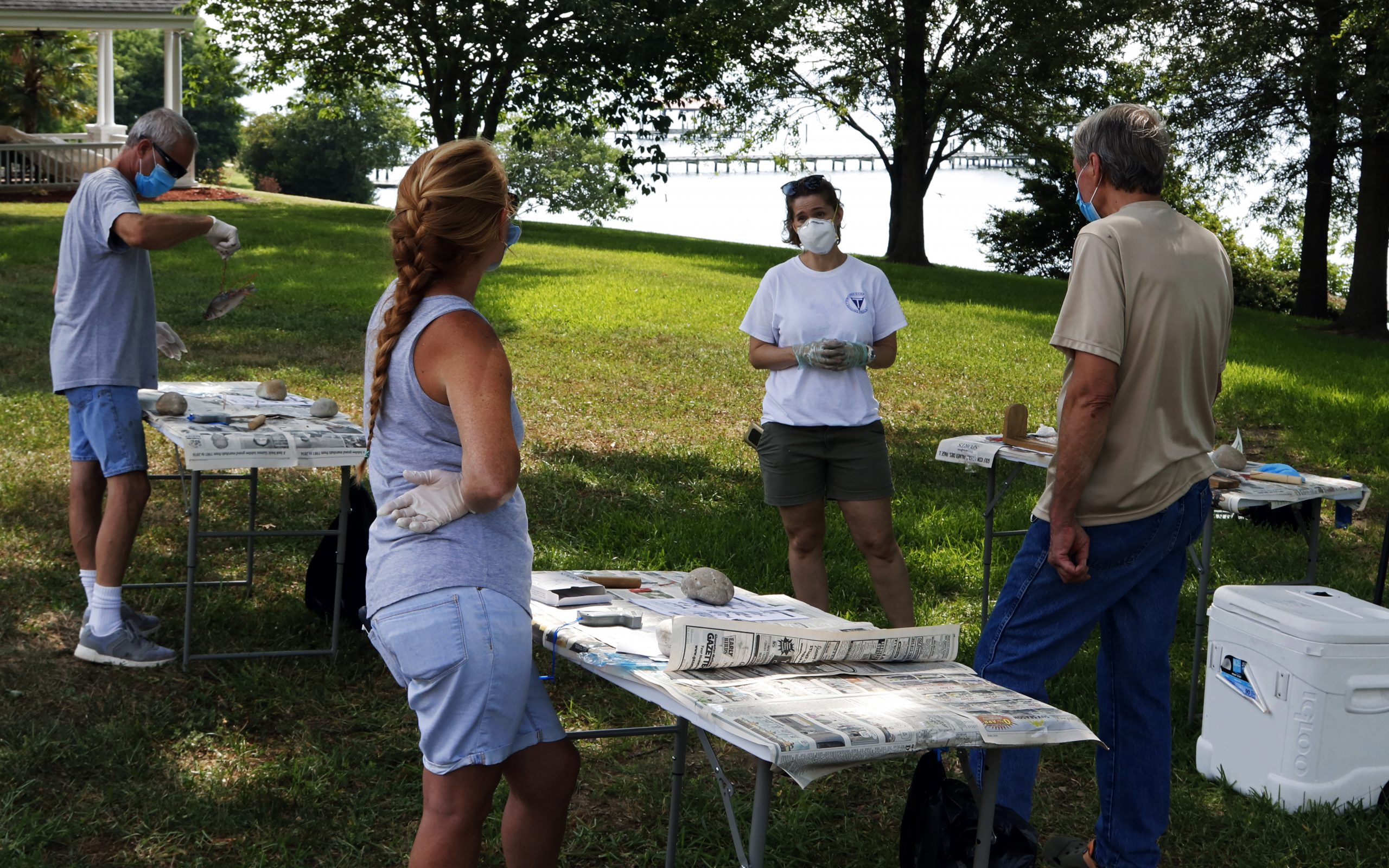 “Anglers tag and release the fish, and the data are reported to managers and it goes back into managing the fish. So it goes full circle,” Musick said.