VSAREC survey paints ‘dire picture’ for US aquaculture from COVID-19

Throughout Virginia, many coastal cities and counties have started projects to boost local resilience, from zoning to erosion control. But completing an inventory of statewide coastal resilience—and organizing regional needs and priorities—is a tall task.

That’s what Coastal Adaptation and Protection Fellows Anna-Beth Lawler and Shurui Zhang assisted with last summer. The two worked with retired Rear Admiral Ann Phillips, special assistant to the governor for coastal adaptation and protection, who is responding to Governor Ralph Northam’s executive order for constructing a Coastal Resilience Master Plan for Virginia.

During the summer of 2019, the fellows assisted Phillips with data collection, documentation, meeting preparation, and research at the early stages of drafting the master plan.

“One of the biggest parts in the plan, is to know what everybody is already doing, and what they’re in need of,” Zhang said. “That’s the main part of our work, is outreach to those planning districts and collect what they have and figure out a way to represent that and organize it.”

The resilience plan includes projects like living shorelines, stormwater management, planning studies, and levels of infrastructure vulnerability. Zhang compiled a list of existing projects with Anna-Beth Lawler, another fellow who assisted Phillips with the master plan.

Based on this information, Zhang created four sets of maps. One set depicts current or planned resilience projects. A second set focused on natural resources like wetlands and coastal forests, which could be affected by climate change or sea level rise. A third set highlights different aspects of the coastal zone such as military bases, Native American land, and urban areas. A final set of maps highlights critical infrastructure such as major highways, hospitals, power plants, and emergency shelters.

Combined in the master plan, the maps will give local planners and state officials an overview of resilience along Virginia’s coastline. Phillips said the fellows’ combined experience with coastal issues and data management have made significant contributions to the master plan.

“They've been really proactive in thinking through things that need to be done, and then also helping to collaborate and collate information and put it together in a way that's meaningful and valuable,” Phillips said.

Zhang, a dual-degree master’s student at University of Virginia, used the map-making skills from her architecture and landscape architecture training to construct the maps. She said the fellowship has allowed her to put her skills to work in applied contexts that go beyond theoretical designs that exist only “in a vacuum.”

“It feels like there's more at stake because you're actually affecting the people who are making decisions, which is very different than if you're working in an environment where you have a couple drawings to do,” Zhang said.

Although the master plan is not complete yet, it will ultimately help Virginia align its statewide and local plans to adapt to coastal change. The plan will identify recommendations to ensure Virginia’s coastal cities and communities will be prepared for future climate impacts.

“Anyone who lives in coastal Virginia probably has some kind of water story to tell,” Phillips said. “They may not associate it with sea-level rise or climate change, but we're a community that's dealing with rising water... Here is what we would like to do about it.” 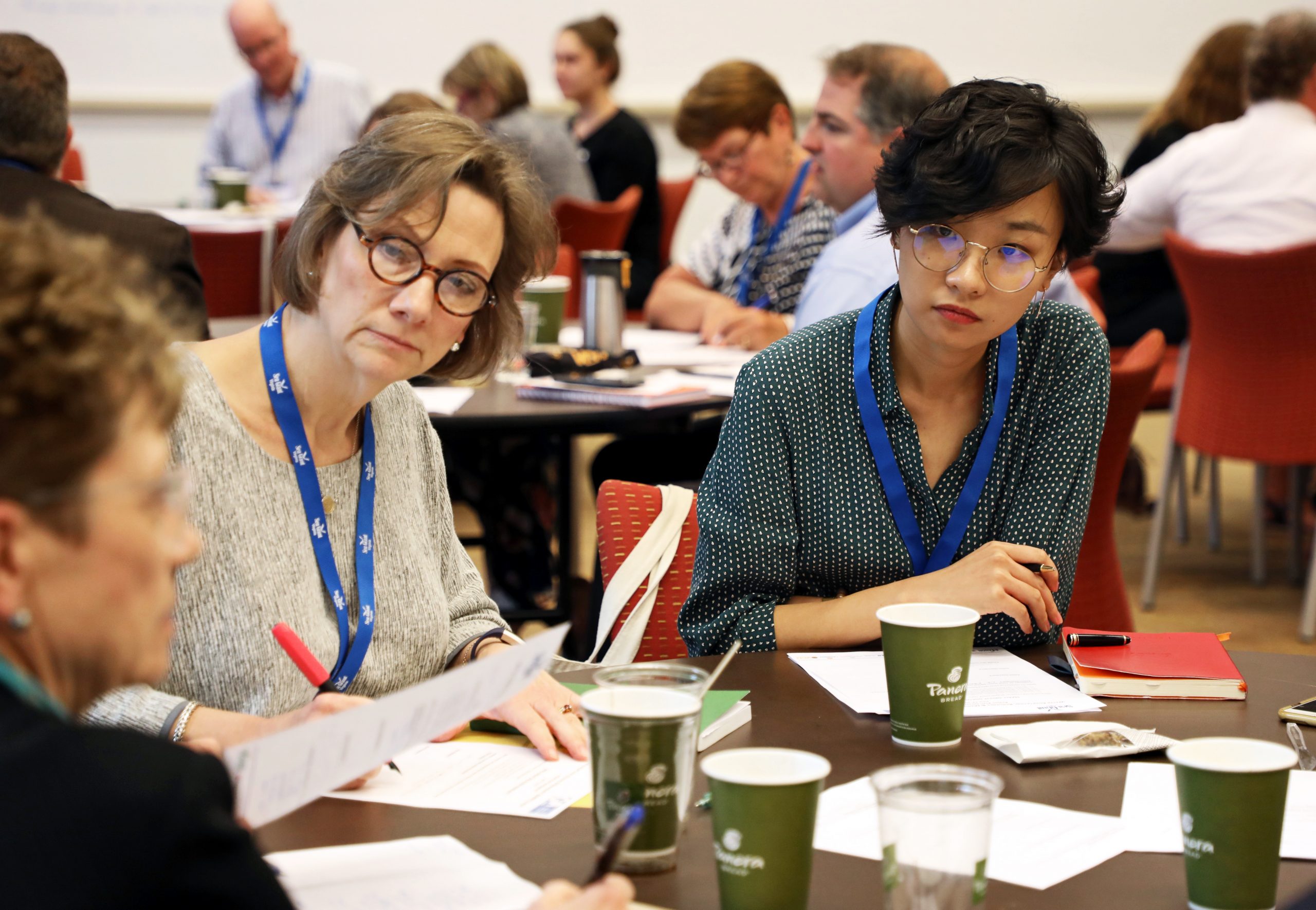 It’s a different kind of thinking, being able to see where these things are located on the map,” Zhang said. “Many people we encounter don’t really think about things in the spatial sense but they understand if you show them a map.”

A chance to ‘shape their communities’

When Anna-Beth Lawler first heard about Governor Ralph Northam’s executive order for a coastal resilience master plan, she never expected to be in a position to contribute towards the plan’s formation.

But as a coastal adaptation and protection fellow, Lawler collaborated with Phillips and two other Sea Grant fellows to begin the master plan. Lawler, a University of Virginia master’s student in urban planning, worked along two other fellows trained in architecture and environmental science.

“They were working with professors and really exposed at a high professional level already,” Phillips said. “That's the beauty of this, is working with young people who are at the master’s level, they have tremendous exposure already.”

In the plan’s early stages of development, Phillips and the fellows collaborated with planning district commissions and local organizations to understand each region’s unique needs and the projects they have already started to prepare.

Lawler, who grew up in the Northern Neck region of coastal Virginia, has seen these changes firsthand.

“There have been water quality changes in the rivers we grew up swimming in, changes in storm frequencies, the flooding challenges,” Lawler said. “In the water in front of my house, we used to catch completely different fish species than we're catching now—It's things like that.”

As part of her fellowship, Lawler and the other two fellows working with Phillips on the master plan have also visited sites affected by sea level rise and flooding, including the NASA flight facility on Wallops Island and the Pamunkey Museum and Cultural Center.

Another large component of the master plan will identify critical infrastructure and culturally important areas, determine how vulnerable these coastal resources are, and recommend some general guidelines for coastal adaptation going forward.

They’ve also compiled a list of funding sources, with the assistance of Wetlands Watch, that are available to the state and local governments.

After completing her summer fellowship, Lawler returned to finish her master’s degree in urban planning at UVA. She said the plans she had helped prepare prior to this fellowship “felt like you were preparing something that was just to check a box and then would get dusty on a shelf. This plan will have more real-world application. More people will have access to it,” she added.

Through the fellowship, Lawler has met the many professionals invested in Virginia’s coastal resilience—from scientists to community leaders and lawyers—but also developed a network of early career graduate students who are passionate about resilience.

“It's been nice being part of the Virginia Sea Grant community,” Lawler said. “When we're having Skype meetings, we wave to the other Sea Grant fellows, and it just feels like we have this community of young professionals trying to figure out where we belong in the world.” 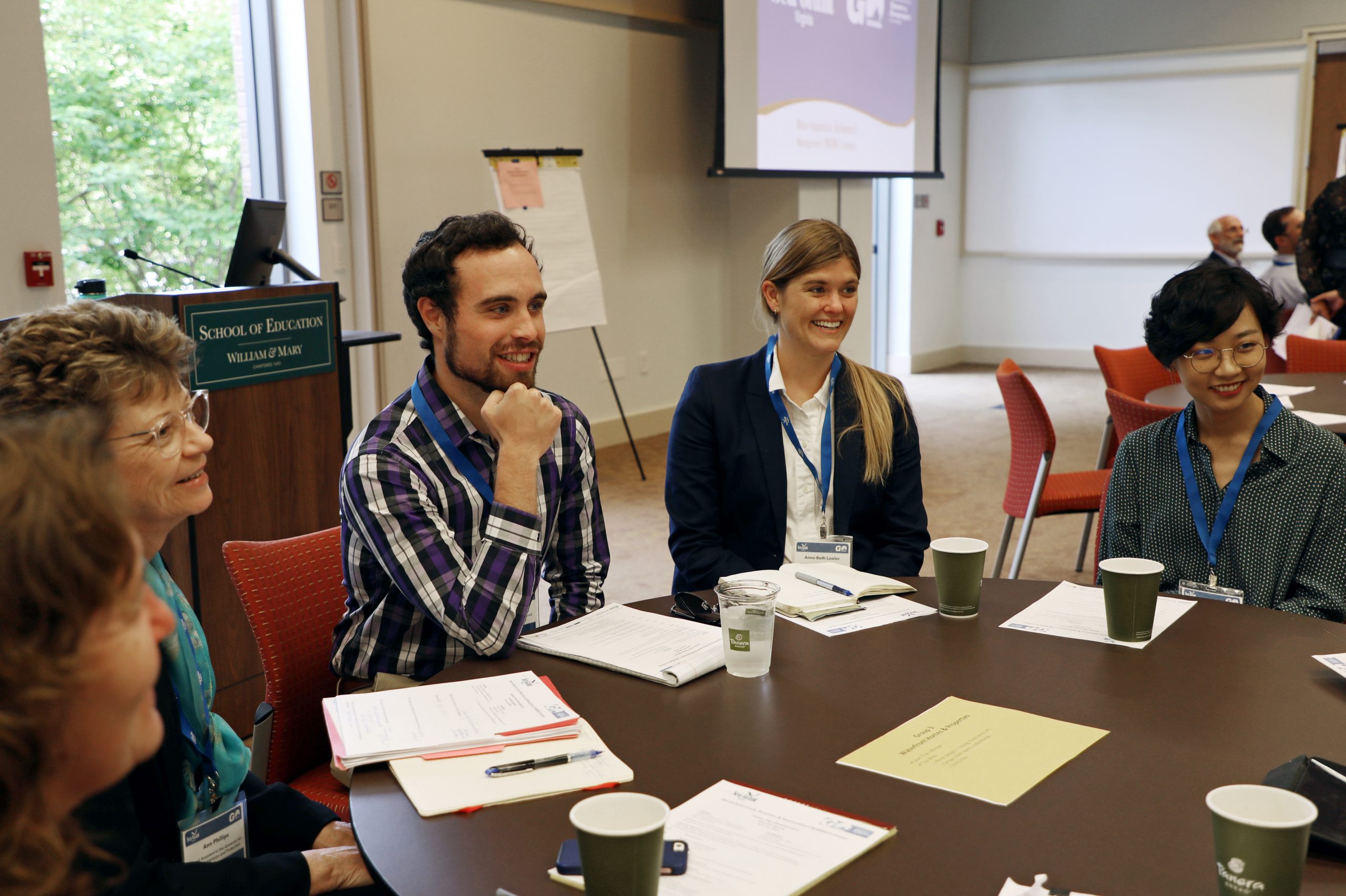