Not just facts, but impacts:Learning the lesson of resilience

Five researchers hover over a lab bench, operating what looks like a spider web of filters, funnels, bottles, and plastic tubing. Water samples move through the system, dripping into a series of colorfully labeled collection bottles.

The water drips slowly, but there’s a sense of urgency as the researchers pour in new samples and measure the water that has already been filtered. As they call out times and volumes, Brianna Stanley carefully records the data for each sample on a clipboard.

Stanley, a Ph.D. candidate at the Virginia Institute of Marine Science (VIMS) and a Virginia Sea Grant Graduate Research Fellow, is studying how phytoplankton use different forms of nitrogen in the York River. She is focused on urea, a plentiful source of organic nitrogen present in the York. Too much urea can contribute to harmful algal blooms and eutrophication, which causes fish to suffocate.

The water has just come in from a boat on the York River. Once the researchers measure the nitrogen level, Stanley sets up containers with the algae and other phytoplankton that mimic the conditions out in the York. She adds specially marked nitrogen compounds that allow her to track which types of nitrogen the phytoplankton consume.

As the water trickles through, Stanley’s filters trap particles that contain different forms of nitrogen. After the filtration is complete, Stanley uses a separate instrument to determine how much nitrogen is in each sample.

“That can be a bit of a whirlwind, since time matters” Stanley says of the process.

Nitrogen in the water: A mixed bag

Out on the open ocean, nitrogen is a scarce but essential nutrient, and microorganisms gobble it up whenever they can. For inland waters like the York River, phytoplankton have plenty of nitrogen to choose from.

“You have a lot of agricultural land upriver, and then you have a couple of these water treatment plants that are discharging into the York River,” Stanley says, pointing out the two major sources of runoff that bring nitrogen into the river.

Untangling how phytoplankton are consuming different forms of nitrogen—and where the nitrogen is coming from—will help researchers understand the fate of organic nitrogen in the York.

Organic nitrogen wasn’t always a priority in the waterways and in the lab. Historically, inorganic nitrogen, like ammonia and nitrate, were used in fertilizers. These forms are easier to measure and track, and researchers have a clearer understanding of them. But recently, fertilizers have shifted from inorganic nitrogen to organic forms like urea. As a result, more urea makes it into the water system through runoff from rainstorms, and it plays a larger role in the environment.

The last barrier before the Bay

Oftentimes, there’s one main checkpoint before nitrogen from wastewater returns to the waterways: treatment plants.

Even though nutrients gradually leach directly into the water from land sources, treated wastewater reenters the environment through concentrated pipelines. Treatment plants have strict limits on the amount of nitrogen in the treated water, so scientists at the plants carefully monitor discharge levels. 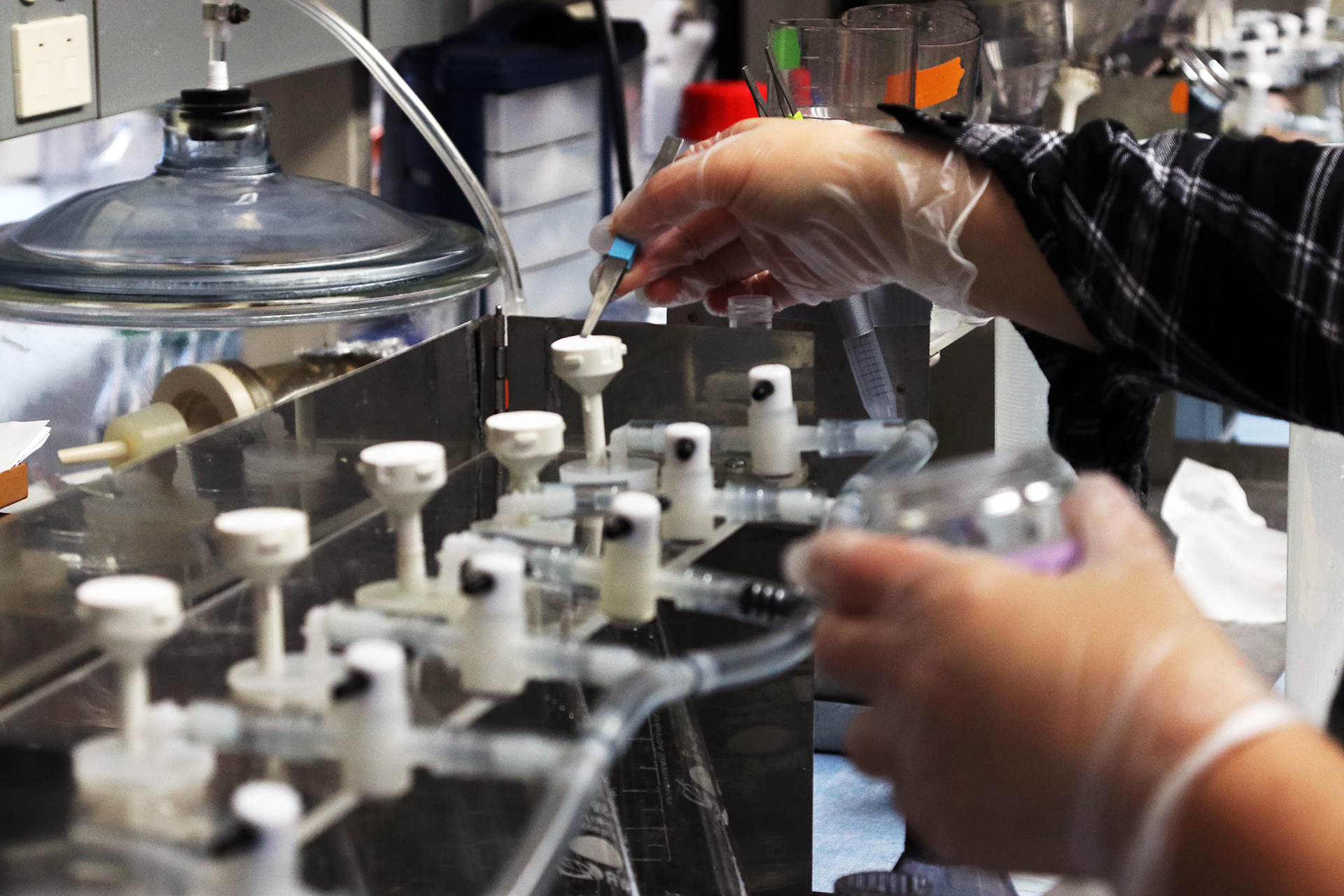 Returning nitrogen to the atmosphere means less nitrogen is discharged into the York River, and less potential food for algal blooms.

Wastewater treatment plants can efficiently remove inorganic nitrogen from the water using bacteria to convert it into gas—a harmless form that makes up the majority of the atmosphere. Returning nitrogen to the atmosphere means less nitrogen is discharged into the York River, and less potential food for algal blooms.

Organic forms of nitrogen like urea are dissolved in the water and aren’t as easy to remove, however.

“The dissolved organic nitrogen is the tricky portion” says Kevin Parker, an environmental scientist with the Hampton Roads Sanitation District. “There was a time when our nutrient limits were generous enough that we didn’t have to worry about the one milligram per liter, or what was in the dissolved fraction. But now, we typically want to know because that could be a significant issue.”

As regulatory limits get stricter, treatment plants want to remove more nitrogen before the water is released. This means testing new ways to isolate and remove forms of nitrogen during the treatment process—a task that Stanley and other researchers can assist with.

“We have the ability to do all of these treatments in a pilot format, and then the research side can do experiments to see what kind of impact they have on organic nitrogen,” Parker says. “It’s a great partnership.” 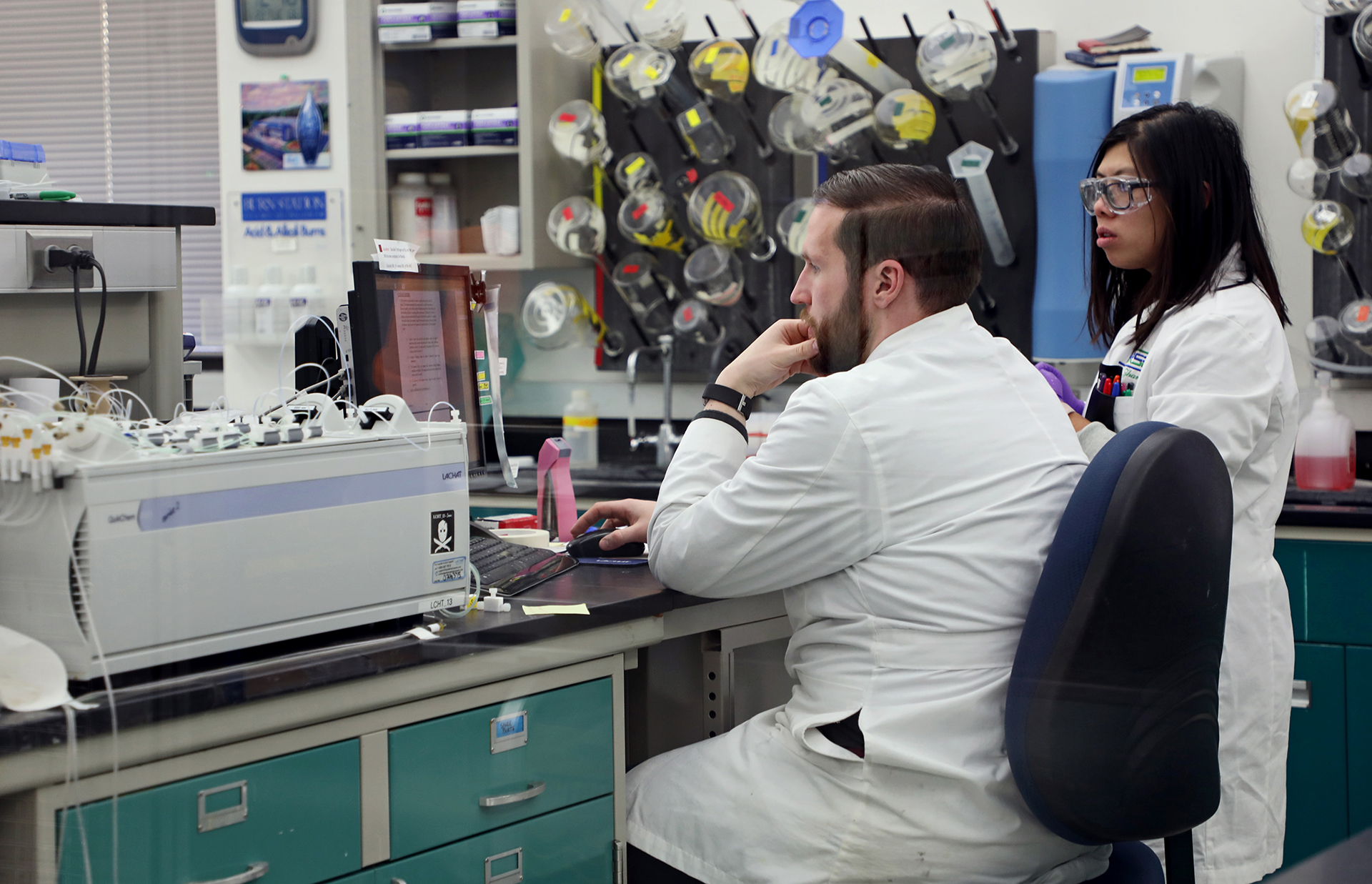 Untangling how phytoplankton are consuming different forms of nitrogen—and where the nitrogen is coming from—will help researchers understand the fate of organic nitrogen in the York.