The outlook for Bluefin tuna in the Atlantic wasn’t good. By the early 2000s, Bluefin populations had tanked from overfishing, unreported fishing, and accidental catch in other fisheries. Not enough Bluefin were surviving long enough to reproduce. Without intervention, the stock was on the path to collapse.

By 2017, Atlantic Bluefins seemed to be turning a corner, demonstrated in part by the work of Lisa Ailloud, then a Ph.D. candidate at the Virginia Institute of Marine Science (VIMS) and Virginia Sea Grant fellow. She presented updated information at an assessment of Bluefin tuna by ICCAT, the International Commission for the Conservation of Atlantic Tunas. These international scientists convened to evaluate Bluefin populations and make science-based recommendations to ICCAT’s management group for the 49 nations that participate in ICCAT.

“She participated like a seasoned scientist, but she was only a student,” says John Hoenig, a professor of marine science at VIMS and Ailloud’s Ph.D. advisor, who attended the 2017 ICCAT assessment meeting with Ailloud.

The Atlantic Ocean houses two stocks of Bluefin: a western stock and a much larger eastern stock. Both were in decline until ICCAT put a rebuilding plan in place with minimum size regulations, stricter catch limits, and more thorough reporting.

Whether these management measures were enough to tip the scales in favor of the tuna was the subject of the ICCAT stock assessment meeting in 2017. Among the scientists from the U.S. delegation was Ailloud. She was studying Atlantic Bluefin stocks to fill in the gaps about this highly migratory fish.

Fish in the high seas are difficult to survey due to their migration and broad range of habitats, leaving scientists with many questions about the life cycle of these fish.

“Even growth for Bluefin tuna was still in question,” Ailloud says.

Growth information is critical for fisheries managers, who rely on charts called growth curves to determine the average size of fish at different ages and at what age growth starts to taper off. Growth curves allow organizations like ICCAT to determine sustainable fishing rates.

“If your growth curve and other data says your fish grows to be 2 meters, and then you look at your catches, and you rarely see a 2-meter fish, it’s usually an indication that fishing pressure is so high that few are able to reach the maximum size that they would normally reach,” Ailloud explains. “Conversely, if you see a lot of those animals in your fishery, it’s a sign of a healthier fishery because you are allowing more individuals to reach the survive and grow to larger sizes.”

“This was just a few years later, so people thought, ‘How different are her results going to be?’” Hoenig says. “But in fact, her results were different and more believable because she turned over every stone, looked at every aspect, and made a very compelling case.”

Ailloud’s new growth curve combined information on fish age and length to fill in the blanks about bluefin tuna growth. She also used information from specialized calcified structures called otoliths or ear stones. Like tree trunks, otoliths develop ring-like layers each year. They allow researchers to determine a fish’s age and even the environment it was born in. Ailloud used data from more than 4,000 otoliths and the ICCAT conventional tagging database to produce a more accurate growth curve.

Scientists also need to know how many fish of each age were caught by fishers. While otolith analysis gives a more accurate measure of age, most assessments rely on a method called cohort slicing. Cohort slicing uses a growth curve to convert lengths to ages, but this method tends to overestimate the number of old fishes in the population and underestimate the number of young fishes.

Although otoliths are more accurate, researchers couldn’t just stop cohort slicing and start using otoliths. They needed a way to transition from the old method of cohort slicing to a better method based on otoliths.

Ailloud presented a new statistical method that could aid this transition at the ICCAT assessment meeting. The scientific committee didn’t validate her approach in time to use it in their official recommendations, but the scientists were able to use it as a test run to compare the two methods.

“She had mixed success: She did get the new growth curve used, so it definitely had an impact, and she demonstrated there was a way to transition from just length data to length and some otoliths, to lots of otoliths,” Hoenig says. 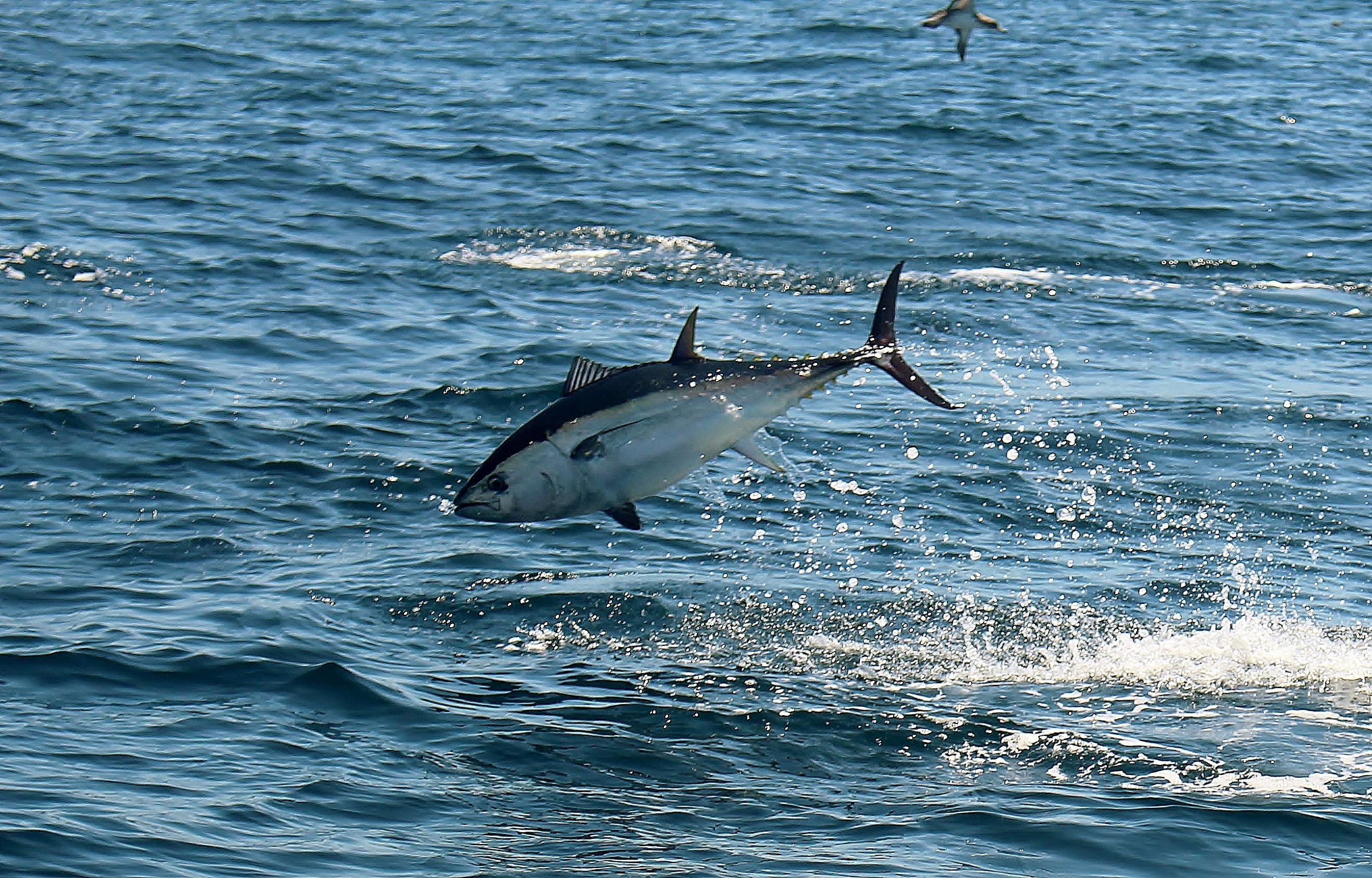 By the early 2000s, Bluefin populations had tanked from overfishing, unreported fishing, and accidental catch of Bluefin in other fisheries.

Trouble in paradise: Will tropical tuna stocks begin to recover like the Atlantic Bluefin?

Atlantic bluefin stocks have turned a corner in the last few years. Stocks are still low compared to historical levels, but the results of careful management are beginning to show.

“It’s in a pretty good place, so last year, the scientists said they could increase catches a certain amount, and to ramp it up over a three-year period to the highest levels that we’ve actually ever allowed,” says John Graves, chair of the US ICCAT Advisory Committee and a chancellor professor of marine science at VIMS, adding that moderation will be important for the continued rebuilding of Atlantic bluefin stocks.

Now, Ailloud is assistant coordinator for ICCAT’s Atlantic Ocean Tropical Tuna Tagging Program and has turned her attention to other understudied tunas: Yellowfin and Big-eye. She oversees fish tagging and modeling efforts to answer basic questions about these fish populations. Ailloud’s current work will help scientists understand how the Skipjack fishery may be impacting these tropical tunas, since young Yellowfin and Big-eye tunas school with Skipjack and end up being caught in Skipjack fishing nets.

“The Big-eye tuna has received less attention because it's not a known or iconic fish,” Ailloud says. “We're seeing declines, and we're not really understanding the intricacy of why it's happening and what we should do to reverse that trend, which is one of the reasons behind this tropical tuna tagging program.” 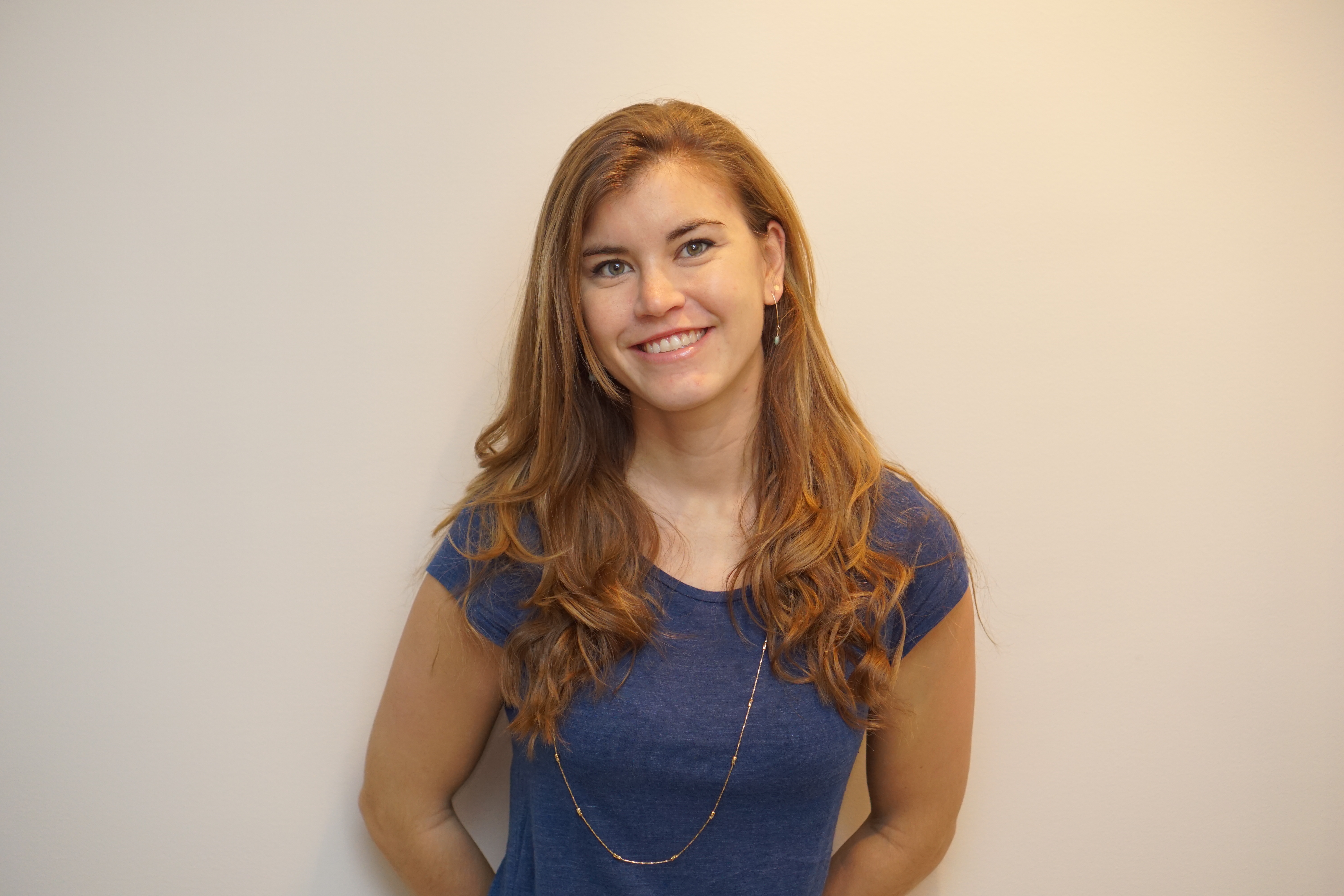 By 2017, Atlantic Bluefins seemed to be turning a corner, due in part through the work of Lisa Ailloud, then a Ph.D. candidate at the Virginia Institute of Marine Science (VIMS) and Virginia Sea Grant fellow.